This is love in a bowl. If you’ve had bún thịt nướng you know what I’m talking about.

You have your sweet bits, sour bits, caramelization, some crunch, and aromatic herbs in a single, colorful arrangement. Depending in which restaurant you order your grilled pork with noodles (bún thịt nướng), you’ll find that it’s presented in different ways. For the most part, ingredients are the same, and they’re both eaten with prepared fish sauce (nước chấm).

Thịt nướng litererally means baked or barbecued meat and in this case it’s traditionally barbecued, and the meat is always pork. Bún means noodles, and for this dish it’s a rice vermicelli noodle which is sold in small packages as dried rice sticks.

The presentation of bún thịt nướng in the pictorial above follows the Southern Vietnamese. You usually eat it by mixing everything including the fish sauce. I like to keep the dipping sauce separate, so there isn’t a pool of the sauce at the bottom. It helps to control the amount of sauce per bite, cuz ya know, I’m crazy like that. The bowl is finally garnished with onions in oil (mở hành) and chopped peanuts I like mine with egg rolls (chả giò) on top. I also like adding cucumbers, which is a Southern ingredient.

In the North, the presentation is slightly different. The rice noodles and vegetables each arrive on their own plate. The meat is put in a small bowl, swimming in prepared fish sauce. The meat is additionally paired with a pork sausage, called cha (the dish is called bun cha instead). Đồ chua is added on top of the bowl of meat. Northerners eat this by building each bite in their personal bowl.

Thịt nướng in Huế is a whole other beast.

However you decide to serve yours, you’re in for a treat!

Some differences in the marinade also really affect the flavor of the meat. Only Northerners use lemon grass in the marinade. Some recipes for this dish also call for sesame oil, or sesame seeds, but those do not follow Northern or Southern tradition (it’s possibly influenced from the central region).

Chop and prep all of your ingredients and combine in a bowl before adding the meat. This makes sure it mixes more evenly.

Add the pork to the mixture and mix. Pork shoulder has a nice balance of fat for this–pork butt is a bit too lean. Marinate for at least 1 hour, but for better results–marinate overnight.

Thịt nướng is usually barbecued, with a wire grilling basket like this one. If you want to make it traditionally, grill it over charcoals. I made this in the oven because it’s a lot easier and it is still delicious. If you have time, barbecuing it is worth the extra effort.

Boil the dried rice vermicelli (bún) according to the package instructions. This usually comes in small, medium, and large noodle thickness for about $1.50 per pack. I prefer small and medium thickness for this dish–thinner ones also cook much faster.

Now that you’ve had an earful of information, time to eat!

One of the staples my mom and grandma kept in the kitchen was dưa chua, or pickled mustard greens. It was often served as a side dish for meals throughout the day. These pickled greens counter-balance many salty dishes such as thịt kho. Northern Vietnamese more commonly eat this with thịt đông. I remember seeing...

My grandmother is a child raising machine. As if raising nine of her own kids wasn’t enough of a challenge, she had her hands in raising almost all of the grand-kids too. Between cleaning up our messes and playing referee to our disputes, it seemed like she never skipped a beat in the kitchen. In the very... 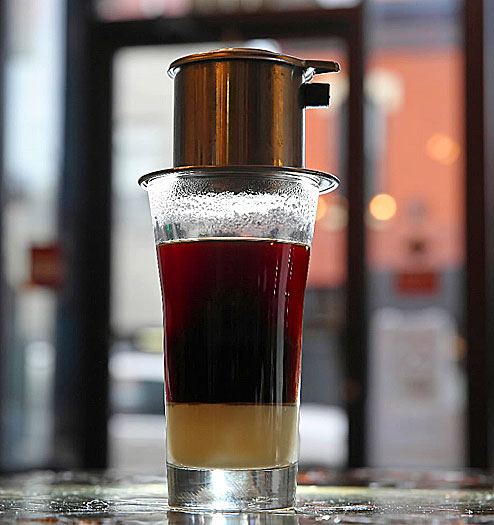